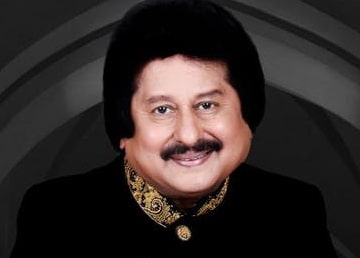 Popular ghazal singer Pankaj Udhas will be performing live for music lovers in Manchester this August. With a career spanning more than thirty-five years, he has many melodious hits in his portfolio. Hailing from Gujarat, he made his debut with an album titled Aahat in 1980. He then went on to record many hits including Mukarar in 1981, Tarrannum in 1982, Mehfil in 1983, Nayaab in 1985 and Aafreen in 1986.

In 1986, he also sang the famous song ‘Chitthi Aayee hai’ for Mahesh Bhatt’s legendary film ‘Naam’. It was an instant hit and when he performs live, it’s one of the songs that his fans eagerly await. In 2006, Pankaj Udhas was conferred the Padma Shri award, India’s fourth highest civilian award.

With his golden voice, Pankaj Udhas continues to be a music icon to millions of fans around the globe. Witness the legend perform live at The Plaza, accompanied by an accomplished music band from India.