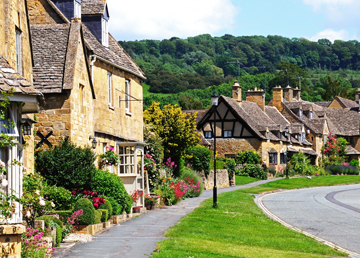 50 years ago, Cotswold was declared an Area of Outstanding Natural Beauty. A pretty little pocket, situated in rural England encapsulates rolling hills and sweeping meadows to rustic villages and stately homes, which transports you to a world of nature, heritage and beauty.

Cotswold stretches across five counties – Gloucestershire, Oxfordshire, Warwickshire, Wiltshire and Worcestershire and is one of the most quintessentially English and unspoiled regions of England.

While Cotswold boasts of a variety of activities, here are the top five things which should be on your bucket list:

Delve into the majestic interiors and sprawling grounds of Blenheim Palace. The Blenheim Palace is where Winston Churchill was born and today has been used as film sets for various movies – such as Spectre.

If you are into beauty and nature, walk across 102 miles of the Cotswold Way National Trail. The trail not only takes you through the most exquisite landscapes but also passes by the quaint villages and traditional English pubs.

For an eagle’s eye view of the entire Cotswold head to the Broadway Tower. It is claimed to be England’s most outstanding viewpoints at 1,024 feet and has an unrivalled view of 16 English counties.

Horseracing is an integral part of British culture and Cheltenham is Cotswolds cultural hub. With Georgian architecture, a famous racecourse and spas – Cheltenham is a must visit.

Walk in the steps of British royalty at the Sudeley Castle, which is home to the Queens Garden. The Queens Garden has got its name after four of England’s queens – Anne Boleyn, Katherine Parr, Lady Jane Grey and Elizabeth I. It is also the only castle to have a queen buried in its grounds – Katherine Parr, Henry VIII’s sixth wife